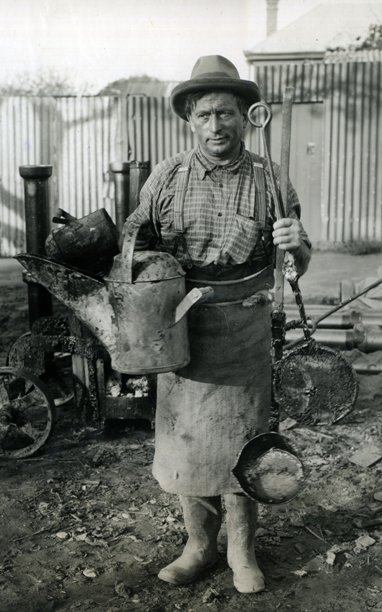 I’m a Ridleyton man and have been so for years
Seen people come and go, shared their lafter and tears
But if there’s one single thing I cannot abide
It’s the stench from the pugholes a-drifting by

It began in the 30s, I was just a lad then
The brickworks were building, they employed thirty men
They dug out the pugholes, making bricks from the clay
You’ll find them now in fine homes still today

But hard times descended, the works are no more
Only chill and the damp drift through that door
Youths use the spot as an assignation place
Where no decent person would dare show his face

Then the pugholes were filled with all manner of filth
Some dumped ‘fore our eyes, others by stealth
We copped old car tyres, offal, sump oil
Rags, rolls of paper and tons of night soil

Sometimes of a night this mass of sin catches fire
The street gangs light it like a funeral pyre
The stench is appalling but what’s even worse
The flames lick our homes, it’s a terrible curse

So out we all go with buckets and hoses
As the fire burns our fences and poisons our roses
The fire brigade comes, but late as a rule
We reckon they’re useless, a bunch of young fools

It burnt me back fence the night before last
The house was a gonner, we stood there aghast
But me son and me neighbours put the thing out
They’re a great bunch of blokes, without any doubt

So now I write letters to the popular press
Telling them all of this putrescent mess
But they don’t take much notice and we just carry on
Until that great day when the pugholes are gone! 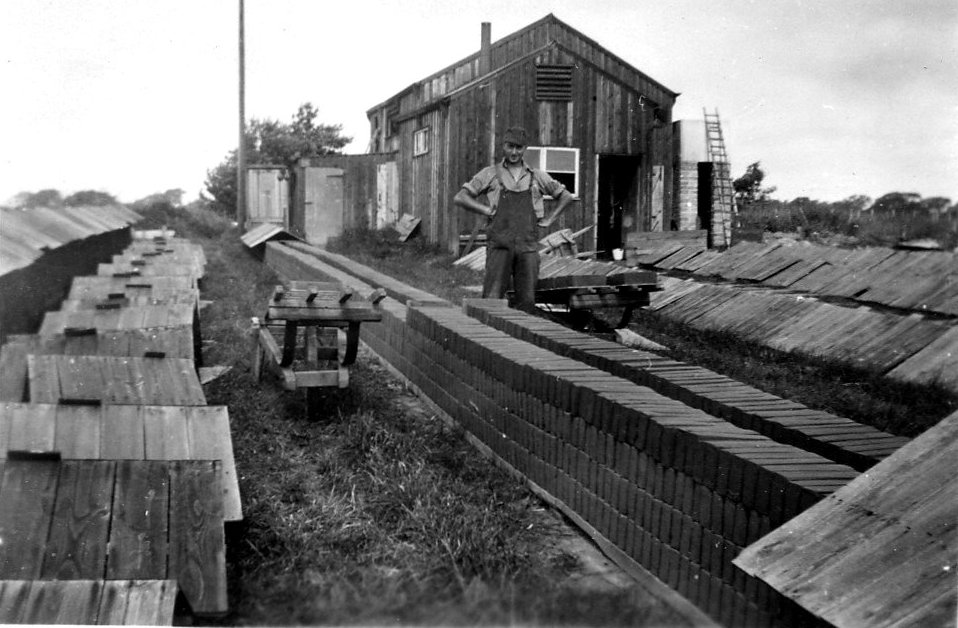 'Ridleyton is an inner northern suburb of Adelaide, South Australia. It is located in the City of Charles Sturt.'

Music featured in the poem comes from 'I Got A Need For You' as interpreted by Jeanne Burns, 1935