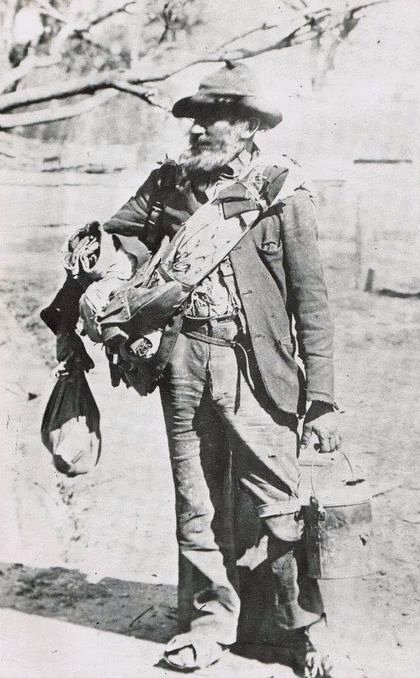 I made me way back to Jupiter Creek
That’s where you’ll find me now
I dig the soil, I carry it
But I’ve never used a plough
Yes, over much of Australia’s arid turf
I have most manfully strode
I’m just an old cunt prospector
Still looking for that mother lode

'The discovery of gold in the 1850s started a series of rushes that transformed the Australian colonies. The first discoveries of payable gold were at Ophir in New South Wales and then at Ballarat and Bendigo Creek in Victoria. In 1851, gold-seekers from around the world began pouring into the colonies, changing the course of Australian history. The gold rushes greatly expanded Australia’s population, boosted its economy, and led to the emergence of a new national identity.' Source: National Museum Australia

Music featured in the poem comes from 'The Wild Colonial Boy' as sung by Patrick O'Hagan, 1957.