The fight that challenged a nation 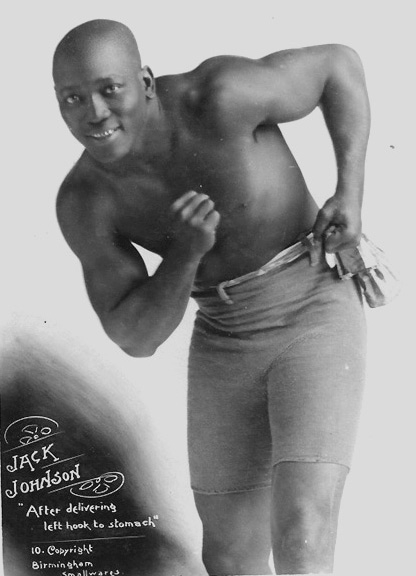 In 1908 Australia found itself playing host to two very different boxers in two very different circumstances. One was Tommy Burns, the white Canadian heavyweight champion of the world. The other was Jack Johnson, a black American, whom some thought was good ... for a ‘nigger’. Every time Burns defended his title in Australia he drew big crowds and grew richer. Every time Johnson fought in Australia he made little money but got better. It was the best any black boxer could hope for. But Johnson wasn’t any black boxer and he was in a country that might just give him a chance …

Soon after the Federation of Australia and introduction of the White Australia Policy, a boxing match was fought in an outdoor stadium at Rushcutters Bay in Sydney, Australia. The stadium crowd exceeded well over 20,000, with tens of thousands more packing the streets outside. Expectations were running high on Canadian Tommy Burns to take out the title. What transpired shocked Australia. And the world. Fear and loathing, racism and myth, were unleashed anew. Jack Johnson met Tommy Burns in the ring, and the rest is history.

Black as Jack, a doco-drama for radio in three parts, portrays the dramatic events surrounding that historic heavyweight championship fight. A fight which led to Johnson’s becoming the first black man in history to both contest the championship and to win it.

Produced by Produced by Blue Trumpet for Radio 2RRR, Sydney, Australia
Researched by Ray Rose
Adapted for radio by James Benn
Voices in order of appearance…

Introductions and credits by Amie Maguire
Special thanks to Sue Liolio for support, talent scouting, costume AND set design.